We would like to honour and remember the Hatters who have touched our lives.

“Those we love remain with us, for love itself lives on
And cherished memories never fade, because a loved one’s gone
Those we love can never be, more than a thought apart
For as long as there is memory, they’ll always live on in our hearts”

Mari-Ann Baker
Member of the Rocking Rosellas of Boronia, from 2015 to April 2016.  A lovely lady and an asset to RHS, always willing to do her bit and a bit more. Passed away after a battle with cancer. 20th April 2016. 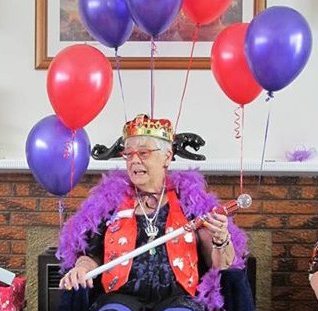 Sue Trotter (Queen Stormy Daze)
Founding Queen of the “Rocking Rosellas” of Boronia, from 2014 to August 2016
.
The Rocking Rosellas of Boronia will remember all the fun times and her great love of the Red Hat Society and all it stood for and joy it gave to her over the years. Sue’s battle with cancer came to an end 22nd August 2016.

The Supreme Matriarch Florence was first to bring Red Hatting to Australia. It is said she saw Red Hatters while on a trip to the US, and decided to start a chapter. Florence received her membership certificate on the 25 July 2001, and celebrated her 100th birthday on the 22nd June 2016!

Peggy Howard
Peggy was an active RED HAT member of The Golden Girls.
She joined Fun After Fifty enjoying and attending many varied
events.  Peggy passed away on July 1st 2017, after a long illness.  She was aged 69 years.  She will be fondly missed by many Red Hatters who had called her their friend. 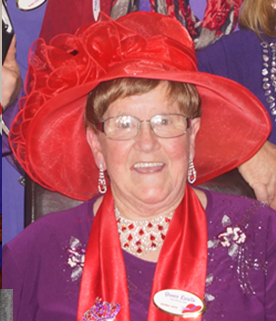 VALE Queen Estelle from Victoria and Tasmania. She attended many conventions and hoots. This Red Hat Sister was involved for many, many years in Red Hats.